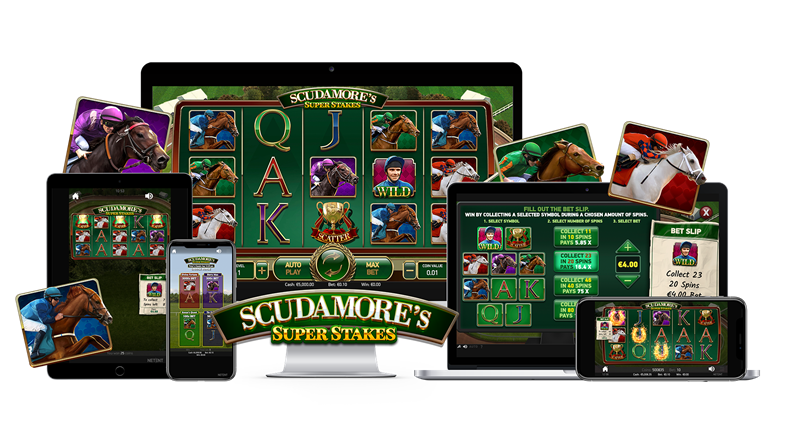 Launched today with NetEnt’s operator partners, the 5-reel, 3-row, 20 bet lines video slot captures the unique trackside excitement as anticipation builds ahead of the 2019 Cheltenham Festival in March and Grand National at Aintree in April.

Scudamore’s Super Stakes’ base game features Random Lucky Horseshoe Wilds and the innovative Bet Slip feature, which drives player retention. The Bet slip feature is a game within the game where players can bet on a certain symbol landing in a certain number of spins in the game. These bets are saved across gaming sessions so players can come back and pick up where they left off. The potential bet slip pay-outs are a compelling mixture of short and long odds up to 1242x stake.

If that wasn’t enough, there’s also Peter’s Classic Cup Bonus Feature, where the base game is extended to become a 5-reel, 4-row video slot with 32 win lines. Here players back their winning horse and can win up to x5000 their stake in a true to life jump race with uncapped free spins until a horse has won.

“With Cheltenham and the Grand National just around the corner, now is the perfect time to launch Scudamore’s Super Stakes. We’re delighted to partner with Peter; he’s not just a true legend of the sport but a true personality that has imbued his knowledge, charm and character into this game. The bet slip feature alone we feel will be popular with players and punters throughout the year, but Peter’s presence, voiceovers and advice throughout the development process should win over most of the horse racing fans out there” said Bryan Upton, NetEnt Director of Games.

Scudamore rode 1,678 winners in a 15-year riding career, before becoming a trainer and renowned media pundit.

“I’ve worked closely with NetEnt to create Scudamore’s Super Stakes and help capture the fun and thrills of horse racing. I’m proud to put my name to the game, especially as it’s a first-of-its-kind for NetEnt,” said Scudamore.

Scudamore’s Super Stakes is the first in a number of scheduled NetEnt licensed game launches, which also includes Narcos, Ozzy Osbourne and Conan.