NetEnt released Jumanji, a first of its kind video slot game based on the beloved classic film Jumanji from Sony Pictures Entertainment. The unique branded game combines the classic board game with video slots and has already been well received by players. 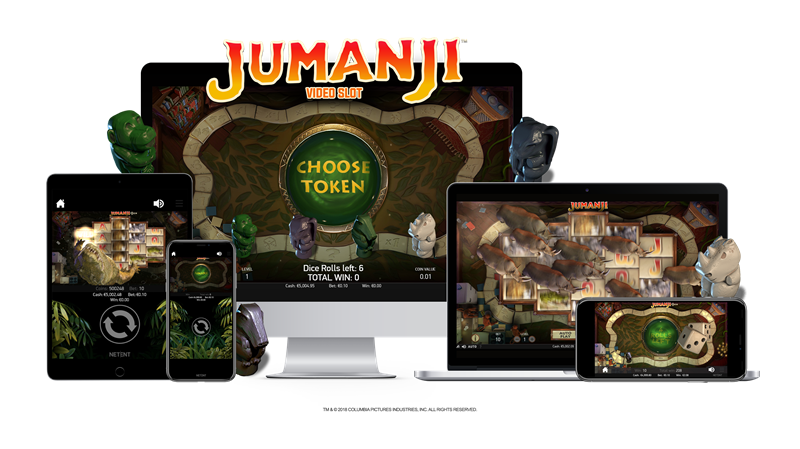 In the original Jumanji film, a long-forgotten board game has the power to unleash chaos. Now NetEnt brings Jumanji to the world of online video slots with a five-reel game packing all the excitement of the movie.

NetEnt brings its own twist to the Jumanji universe by transforming the calamities that befell Alan Parrish into features with slot mechanics. Jumanji is a five-reel video slot game with 4 random features, a Board Game with 4 different Free Spins, a Mystery Feature, coins wins, and extra dice rolls.

Jumanji is the first of its kind and a new innovation in video slots as the game merges both board game and video slot game elements together. Additionally, the board game includes both free spins and a mystery feature.

Fans of the film are in for a treat as they will recognize four famous features in the Jumanji video slot game:

Henrik Fagerlund, Chief Product Officer of NetEnt says: “The Jumanji movie was a great success and we know it has fans all over the world. Making a slot game true to the fantastic features of the movie has been challenging but most of all great fun. We found a way of incorporating both board game features and all the excitement into a slot game and the game has already been well received by players!”