NetEnt, the leading provider of digital gaming solutions, has signed a deal with Gaumont, the oldest film company in the world and producer of Narcos, currently in production for season 4, to produce a themed slot game based on the Golden Globe and Emmy ® award-nominated television series. 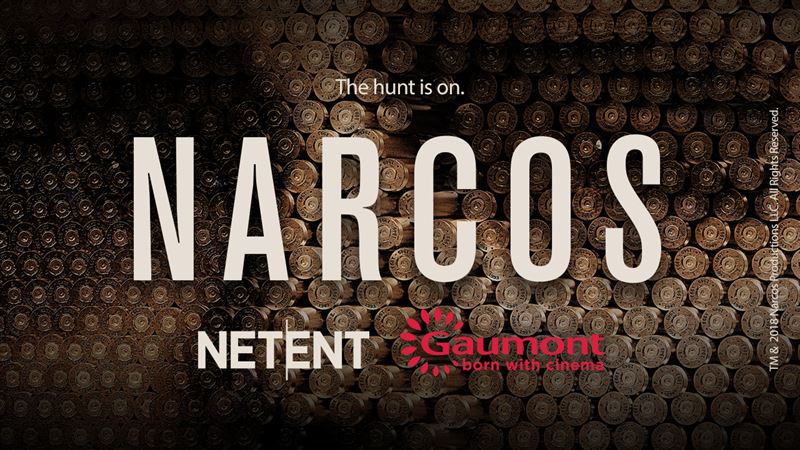 The new Narcos branded title, which was announced during a special unveiling at ICE, is based on the acclaimed action-packed series which premiered to both critical and consumer acclaim. Narcos continues to grow in popularity around the world, with season 3 premiering as the most in-demand digital original in the U.S. and one of the top five worldwide.  Available for viewing on the world’s most popular streaming service, Netflix, the show is currently available to view in over 130 countries.

Narcos joins a growing portfolio of branded casino games alongside the likes of Jumanji™, Guns n’ Roses™, and Planet of the Apes™, as NetEnt continues to secure the rights of world-renowned titles.

Henrik Fagerlund, Chief Product Officer of NetEnt said, “We’re continuing to push boundaries with our branded games and Narcos is certainly one of our biggest deals to date. The series became an overnight sensation with a huge fan base all over the world and it gives us yet another demographic who can have fun playing our games.”

“NetEnt is a world leading provider of premier online gaming solutions, and we trust them to develop and create a gaming property that will thrill the millions of Narcos fans around the world and provide a new way for them to experience and engage with the brand,” added Tim Stephen, Head of Legal and Business Affairs at Gaumont.

Attendees at ICE can visit NetEnt’s stand (N3-242) from February 6-8 to learn more about the game.

NetEnt AB (publ) is a leading digital entertainment company, providing premium gaming solutions to the world’s most successful online casino operators. Since its inception in 1996, NetEnt has been a true pioneer in driving the market with thrilling games powered by their cutting-edge platform. With innovation at its core, NetEnt is committed to helping customers stay ahead of the competition. NetEnt is listed on Nasdaq Stockholm (NET-B), employs 900 people and has offices in Stockholm, Malta, Kiev, Gothenburg, New Jersey, Krakow and Gibraltar. www.netent.com

About Gaumont Formed in 1895, Gaumont is the first and oldest film company in the world, with offices in Paris and Los Angeles. In the past few years, the company’s release schedule has continued to increase across film and television production, in both the French and English languages.

The film library now encompasses over 1100 titles including films from such prestigious directors as Luc Besson, Matthieu Kassovitz, Francis Veber, Jean-Jacques Beineix, Federico Fellini, Maurice Pialat and Jean-Luc Godard, and more recently Toledano and Nakache for The Intouchables, the highest-grossing French language movie ever with over $450 million in revenue to date.

Gaumont produces and distributes high-quality TV programming worldwide. Key drama series include the award-winning Narcos for Netflix; the critically acclaimed Hannibal; the winner of “Best Series” (Festival of Fiction TV) The Frozen Dead and The Art of Crime, amongst many others.

The animated catalog comprises over 800 half-hours, broadcast in over 130 countries. Current productions include Noddy (season two) co-produced with Dreamworks, Trulli Tales, Belle & Sebastian, Furiki Wheels, and F is For Family (season three) for Netflix. In development is the series Do, Re & Mi with the multi-talented Kristen Bell.