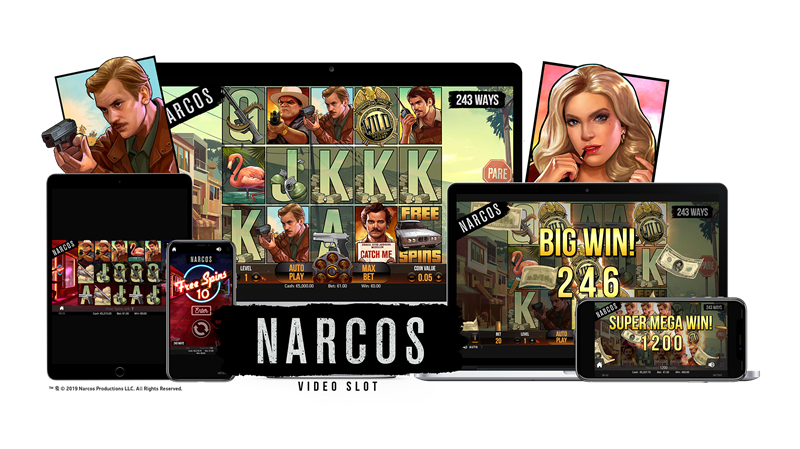 Based on the multi-award-winning crime drama from Gaumont, the five-reel, three-row video slot with 243 bet ways has the battle between the police, DEA and drug lords as its backdrop. It is set in the 1980s, as the scale and influence of the drug war reached its peak.

Narcos comes with Free Spins, where on every spin there is a chance that one or more high value symbols turn into Wilds. When Wilds are part of a win, they start walking the reel moving one step to the left with every spin which gives this game potential high-stakes pay-outs.

In addition to Free Spins, the game is packed with a variety of other features, including:

“Since we first announced the deal with Gaumont to bring Narcos to the reels, the anticipation among players and our operator partners has been huge. We are confident that the game will more than live up to its lofty expectations and add an exciting new option to our unbeatable branded catalogue,” said Bryan Upton, NetEnt Director of Games.

Evolution USA, the global master licensing and brand management agent for Narcos, brokered the license agreement between the parties.

Gaumont is the studio behind the hit show Narcos which was originally released in August 2015.