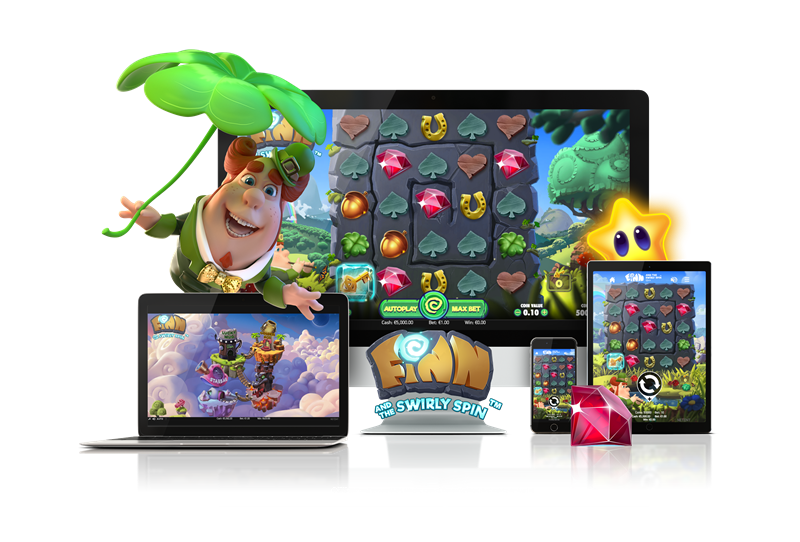 The key makes its way from the outside corner on the swirly spin, with wins clearing the path as it moves to the middle in a bid to unlock free spins for Finn as he travels on his fun adventures.

Once the key has reached the middle, the Irish-themed Finn and the Swirly Spin™ transports players on an exciting journey through the Emerald Isle to one of the free spin-filled new worlds; Lucky Mug, Lava Lair, Starbar and Golden Pot.

Thanks to its unique in-game gamification features, players can visit all four lucky levels by collecting a key for each, earning one every time they the reach the middle of the swirly spin, with a light-up key meter helping them track their progress.

Players are sure to enjoy their Emerald Isle adventures with Finn the mischievous leprechaun, as aptly themed symbols, including horseshoes and four-leaf clovers, rain down in perfect synchronisation with the game’s complimenting soundtrack.

Watch a demo of Finn and the Swirly Spin.

Henrik Fagerlund, chief product officer at NetEnt, said: “This is really a special production from NetEnt. The game is a visual masterclass from our designers and its new features, which include the brilliant unique spiral spin function, add a fun and never before seen element that will leave players thrilled to have met Finn.

“NetEnt has certainly cranked up the excitement factor and Finn and the Swirly Spin™ has received the most positive feedback we have ever seen from game testing and we can’t wait for players to play themselves – we are sure they will love the game as much as we do as they travel the Emerald Isle.”