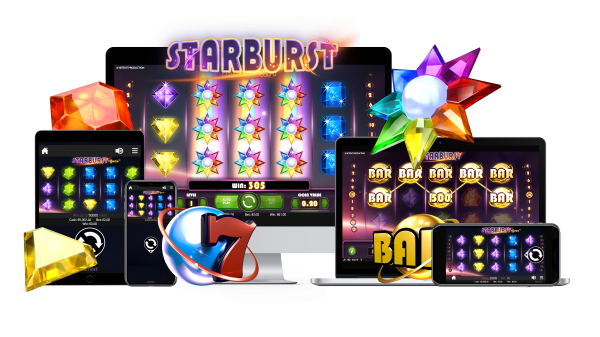 It’s now been 10 years since the initial launch of Starburst™, and current fans and new players are still enjoying Starburst™ Wilds, brilliant gems, electrifying sounds, and arcade-like effects sending players straight up into the outer hemisphere.

Starburst™ is a true classic and has become an iconic game for the industry. In the last two and a half years alone, the game has seen an incredible 18 billion spins, and with the potential for big wins hitting astronomical heights, graphics and thrilling animation, this game is set to remain a timeless piece of work.

Since 2012, the game has seen a new sequel launched – Starburst™ XXXtreme. Live since July of last year, Starburst™ XXXtreme has brought players all the beloved features of the original, whilst including new age features such as a cranked up volatility that creates a space odyssey with a jaw-dropping gaming experience and spectacular win potential. It also sees the debut of XXXtreme Spins, which players have the option of purchasing to guarantee Starburst™ Wilds when activated.

Todd Haushalter, Chief Product Officer at Evolution, commented: “The event was an incredible way of celebrating Starburst’s™ 10-year anniversary. A decade long run for a single slot game is an incredible achievement, and it’s been a top favourite with players ever since it was first launched. From the looks of things, that’s going to keep going, and going, and going. Starburst™ is the full package – an exciting, classic game that entertains you right from the start. I can’t wait to see what the next decade brings.”

NetEnt is a leading digital entertainment company and part of Evolution AB, the premium provider of online casino content. It supplies high quality gaming solutions to the world’s most successful online casino operators. Since its inception in 1996, NetEnt has been a true pioneer in driving the market with thrilling games powered by a cutting-edge platform. With innovation at the core of the company ethos, its talented team takes pride in delivering flexible digital casino solutions, so that its network of more than 200 global partners can provide their players with the best in immersive entertainment. NetEnt holds licenses in Alderney, Belgium, Gibraltar, Malta, Romania, Spain, and the UK, as well as the U.S. states of Michigan, New Jersey, Pennsylvania and West Virginia. Learn more at: www.netent.com